English singer-songwriter Declan McKenna is releasing his second album, Zeros, on September 4th. To celebrate, he is giving his fans a chance to see an exclusive in-store performance available just for U.S. indie record stores!

Declan McKenna’s Zeros is his first album since his critically acclaimed debut, 2017’s What Do You Think About The Car?, which NPR Music hailed as “a powerful, clever album” and led Rolling Stone to name him an “Artist You Need to Know.” Said McKenna about Zeros: “In terms of my artistic development, it feels a major step on from my first record. With this album, if I’m performing as a character, I wanted it to give it everything- all the artists that I love like Dylan, Nick Cave or Bowie, are great storytellers because they give their characters really intense, sometimes strange voices.” 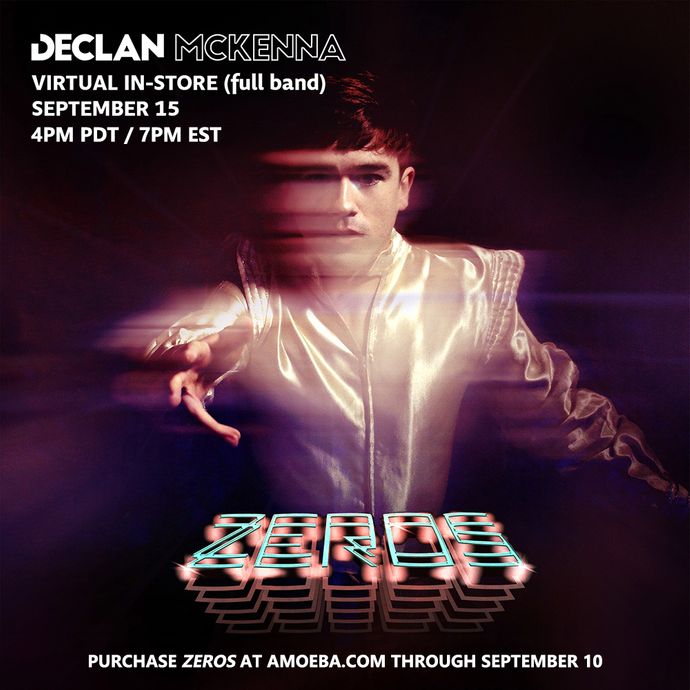