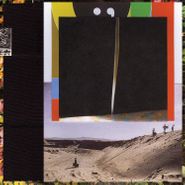 Justin Vernon has followed just about the most unlikely trajectory possible in becoming such a monolithic presence in modern music, yet make no mistake about it, any and every Bon Iver release is an unabashed event. For Emma, with its unbelievably humble backstory becoming instant indie lore, brought its gentle acoustic plucking and whispered vocals at the perfect moment during the late-aughts' fascination with quaintness, while his world-conquering self-titled release three years later was, among other things, a catalyst to the reembrace of big '80s pop production, along with helping shift modern folk sounds from being seen as an indie affectation to mainstream, stadium-sized acceptance.

Following the glitchy, hieroglyphic-laden abstraction of 2016’s 22, A Million, it sounded as if Vernon was slowly being swallowed by his own electronics: his yearning voice and emotionally resonant songwriting being cut up, Burroughs-like, and spread around (as well as titled) seemingly at random. The effect was inspiring and disorienting all the same, which brings us to his fourth act, the even more incomprehensibly-named i, i. Though the electronics remain glitchy, the aural ambience of the album is much calmer than the sonic restlessness of 22, and with much less obscuring of Vernon’s voice. In fact, at times it’s as unadorned as it’s ever been. “Hey Ma” is as big of a single as anything released since Bon Iver, with Vernon singing an absolutely gigantic hook over sparse, metronome-like percussion, with ambient synths and pitched up vocal squelches in the background. The preceding “Holyfields,” has a sound that occupies bizarre middle ground that exists between Dire Straits, Prince, and Kid A. Not unlike Frank Ocean’s Blonde, its closest true musical companion, i, i features passages of deliberate fogginess and torpid atmosphere that are suddenly interrupted by impassioned clarity to great dramatic effect. The pop peaks of i, i are frequent and satisfying, from the postmodern balladry of “U (Man Like)” to the earnest Dada nonsense of “Naeem.” It can be tricky to try to delineate the direction of 21st century music, to separate boundary-pushing from digital gimmickry, but once again Vernon lights the way. i, i is not without precedent, with Jai Paul or the aforementioned Frank Ocean functioning as similar architects, but it carves out its own vision of future pop bliss.