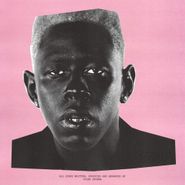 Simply put, Tyler, the Creator’s IGOR is brilliant. His work has always been raw but on this outsider soul album, it’s raw in an entirely different way — it’s intensely emotional and vulnerable, a collection of songs that show The Creator spreading his wings into a whole new realm of lyrical and stylistic possibilities. He sings more than raps, giving voice to heartache, loss, and growth in a way that hits you in the gut when you least expect it. Tyler, the Creator produced, wrote, and arranged all the tracks on this must-hear record; it’s a major evolution for the artist and should end up on loads of year-end “best of” lists.