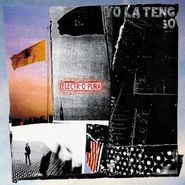 With 1995’s Electr-o-pura, Yo La Tengo hit their creative stride and remains one of the best albums the band has released in their long and productive career. On their seventh studio album, Yo La Tengo further expanded on the depth of their songwriting and ventured further out into their explorations of contrasting textures, moods, and atmospherics. The 25th anniversary reissue of Electr-o-pura is cut from the original 58-minute master and pressed for the first time on two LPs to ensure the highest quality of audio the album has had on vinyl to date.