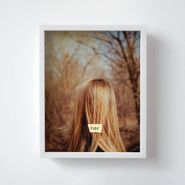 If you’ve spent the last eight years pining for Arcade Fire and Owen Pallett’s lovely score for the 2013 Spike Jonze film Her, pine no more! Considering that the score received an Academy Award Nomination for Best Original Score when the film was originally released, its unavailability in either physical or digital format has been a real head scratcher. This month, though, the album hits stores on 180 gram white vinyl. With emotionally agile piano and mournful strings, the Her score is a modern classic with enough aching beauty to float off that white wax and into your heart.