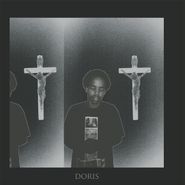 Earl Sweatshirt's long-awaited debut finally drops on vinyl, and it's not without its share of baggage. The young Odd Future-ite released his debut mixtape, Earl, back in 2010; then, his mother sent him to boarding school for troubled youths in Samoa. The time away seem to have only made Earl hungrier, as well as smarter. Doris is moody, angry yet not quite aggressive. "Why're you so depressed and sad all the time like a lil' bitch?" he asks himself wearily on "Burgundy," a funny ode to his own story — its failed and later achieved promise — full of humor and brilliant rhymes by Earl and grandiose beats by The Neptunes. On his singles, "Chum," "Whoa" and "Hive," Earl crafts similarly dark and self-deprecating tales that subtly hook their way into your subconscious. "Chum" in particular is affecting — "it's probably been 12 years since my father left ... I just use to say I hate him ... when honestly I miss this n*gga like when I was 6," he declares over a loping, unresolved piano line. It's easy to gravitate toward Doris' brilliant singles, but the album intrigues from start to finish. "Centurion," featuring Vince Staples, uses horror imagery and a sudden shift halfway through — listen for that scream! — to keep you unsettled, while "Molasses," which appropriately features RZA, almost handing the torch from Wu-Tang to Odd Future, sees Earl holding his own with one of his heroes. It's a brilliant debut that was more than worth the wait — if anything, the time and anticipation has ensured that Doris defies expectation.