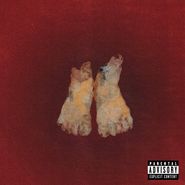 Earl Sweatshirt's Feet of Clay EP was mostly self-produced by the LA rapper and features Haiti’s Mach-Hommy, emerging phenom Mavi, and additional production from Alchemist and Ovrkast. Described by the experimental, lo-fi rapper as "observations and feelings recorded during the death throes of a crumbling empire," the EP seemed ready made for the surrealness of 2020.