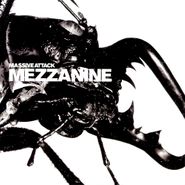 The classic electronic opus stands on its own almost 20 years later; a definitive, paranoia-laced statement released at the tail end of the trip-hop era. Its ominous and skittering tones can be heard in its multitude of devotees, whether it be the disassociated beauty of 2000s Radiohead, the broken-funk melancholy of Burial, or even as cyberpunk background music in the once state-of-the-art The Matrix. Now reissued on 180-gram vinyl, this whole record oozes a 4AM comedown off of dodgy E in the back of a darkened nightclub, all disorientation and anxiety intact. In today’s milieu of cold, narcotic friendly R&B, it naturally fits right in.