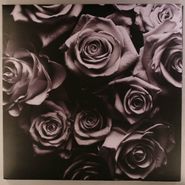 It might seem daunting to dive into electronic producer Zomby’s double-disc With Love, but one thing it isn’t is boring. With Love’s tracks move quickly yet gracefully, never lingering on one musical idea for too long, nor depriving them of their due time. Four songs in, “If I Will” marks the first time vocals appear on the album, however minimally, drawing the listener into a cool, dark tunnel of bass notes and a vibraphones. “Isis” features disembodied female vocals cooing over a cocktail of swirling synths, piano lines and funk bassline, with a solid handclapped beat keeping everything hanging together. Within an album of this scope, there’s plenty to explore, and Zomby loads it with interesting sounds without overstuffing things — the digital mewing and laser beams of “It’s Time,” the shifting jungle beats and delayed vocal sample of “Vi-Xi,” for example. Zomby is also remarkably adept at keeping things current while indulging in some electro retroism, as with the exciting, drum-and-bass-style “Overdose,” which harkens back to the ’90s heyday of Aphex Twin and Chemical Brothers without sounding outmoded. On With Love’s second disc, Zomby goes deeper and darker into his sound, with slowed-down, dubsteppy beats and forboding tones on tracks like “Digital Smoke” and “Entropy Sketch,” and moodier, more atmospheric tracks like “Reflection in Black Glass” and the title track. With Love covers a lot of ground over its 34 tracks, but it never feels like a chore, thanks to snappy song lengths and cohesive production. It’s the most impressive statement yet from the British producer, steadily maintaining intrigue throughout. Go ahead and get lost in it.