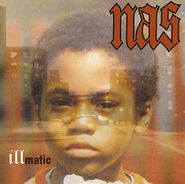 Nas' debut album Illmatic has been changing lives since its release in 1994. A classic of East Coast hip-hop, the album is widely considered one of the best rap releases of all time, thanks to tracks like "New York State of Mind," "Life's a Bitch," "The World Is Yours" and "One Love." Twenty-seven years later, fans are still flocking to this album.