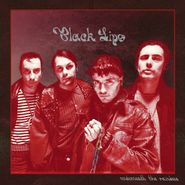 Black Lips have never made a bad record—actually, they’ve all been great—but they’d definitely cleaned up a bit on their last couple of albums. Thankfully, that hasn’t meant they’ve gone soft—their songwriting chops have just become more apparent, and Underneath the Rainbow continues that trend, a worthy successor to 2011’s excellent Arabia Mountain. Whereas Mark Ronson lent a sprinkle of pop sheen to that album, The Black Keys’ Patrick Carney is at the helm here, giving the hippieish Lips a leather-and-denim feel that suits them a little better, on songs like the glammy “Funny,” bluesy “Boys in the Wood” and 007-riffing “Do the Vibrate.” Given that general feel, their dabbles in cowpunk make the most sense on this album, resulting in some of its best songs, like “Drive by Buddy,” a whiskey-soaked jangler that nods to bands who’ve followed in the Lips’ wake like FIDLAR. That same feel informs the delightfully tasteless “Dorner Party,” a catchy outlaw song that seems to be written from the point of view of killer and cop foe Christopher Dorner. Even with the fuck-all sneer here of songs like “Dorner Party,” Underneath the Rainbow has some of the band’s prettiest melodies—not something the Black Lips are typically known for. “Waiting” is, dare I say, gorgeous, with an acoustic jangle and desert melody, and album closer “Dog Years” is crustily romantic—“you blew smoke into my twinkling eyes” they sing-speak over a Velvets-style riff, continuing “my pulsating retinas staring back at you like some cutting edge piece of technological equipment, I knew you were the one.” Sweet. If you’re a fan, the album is a great reassertion of their sound and aesthetic, and if you weren’t in love before, Underneath the Rainbow could be the album to change that.