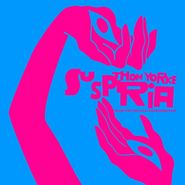 Don’t expect Italo disco, a sweeping score, or retro giallo vibes from Thom Yorke’s Suspiria soundtrack. His compositions for the upcoming Luca Guadagnino remake pay effective tribute to the film’s history, its moody horror, and dark fairytale nature but they’re all done with that Thom Yorke flourish that makes every track feel imbued with the melancholy of the ages while still somehow managing to sound like they were written about 5-10 years in the future. Highlights include the gentle, lilting piano and melancholy flute on “Suspirium,” which stands in sharp contrast to the ominous ambient “Volk" and its icy, stabbing synths, while haunted distorted vocals open “Has Ended” before Yorke’s downtempo, distraught vocals kick in over hypnotic beats. The original Suspiria has already staked its claim as an arty, darkly beautiful classic — we’d reckon Thom Yorke’s soundtrack for the 2018 update will attain a similar status.