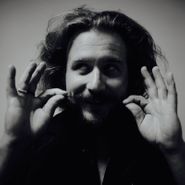 Jim James, best known for his work with My Morning Jacket, releases his second batch of cover songs. It’s been a while. James recorded his original covers album back in 2001, a home-recorded collection of George Harrison tunes dedicated to the former Beatle’s then-recent passing, before it finally saw release 8 years later as Tribute To. Now he returns with fittingly titled (and fun to say) Tribute To 2, which includes renditions of Bob Dylan, Sonny & Cher, ELP, Willie Nelson, and more. While a good majority of covers albums can usually be regarded as dispensable at best, Tribute To 2 belongs in that rare category of a covers album that is, well, not only worthwhile, but transcends the bias towards the originals by convincingly turning these songs into something else entirely. The first track on this collection is a perfect example of this: instead of attempting to out-Beach Boy the Beach Boys, the Pet Sounds classic “I Just Wasn’t Made For These Times” is remade through the music of Isaac Hayes’ “By the Time I Get to Phoenix.” As in the actual original music itself, crafted from the master multi track recordings provided by Stax records. The innovation in interpretations like this is exciting, but at the heart and soul of this record is James’ high, lonesome tenor, joining these songs together with a beautiful forlorn feel. Not just another cover album, by any means.