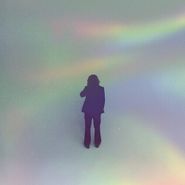 Originally released in 2013, Jim James’ Regions of Light and Sound of God is now available as a must-have Deluxe Edition on double color vinyl. Almost a decade later, the album still has immense power. Based on the title, it’s perhaps no surprise that the songs seem to touch on all the most grandiose of human emotions—from great joy to great despair—and in those moments of reaching out, they more often than not reach a level of transcendence. These are some of James’ most keenly-crafted, emotionally devastating, deeply beautiful songs. And thanks to the Deluxe Edition, there’s more of them. The original album comes with 12 previously unreleased b-sides, alternate takes, and demos that are very worth your while. Regions is ripe for rediscovery—and if it’s new to you, prepare to swoon.