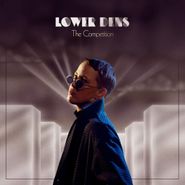 Baltimore indie pop group Lower Dens return with their fourth album, and their first in four years. Blending catchy, synth-y grooves with sincere, melancholy vocal hooks, vocalist Jana Hunter and co. tap into the emotional side effects of living in a capitalist culture. Nothing is more direct in its message than "Young Republicans," a sarcastic anthem of conservative culture aghast at the state of the world in 2019. "Real Thing" showcases Hunter's direct and affecting voice, while "I Drive" is an ethereal dance gem.