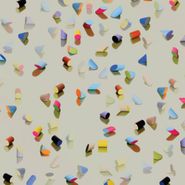 Lower Dens’ music has always carried a certain adult drama to it that rewards patience and repeated listens. So it’s a bit of a shocker at first to hear Escape From Evil’s deliberately retro synths and new-wave beats. But shifting gears proves a winning gambit on their third album. These songs are every bit as intricate and mysterious as those on their last album, the excellent Nootropics, but are more immediately grabbing, offering cinematic soundscapes for Jana Hunter’s elegant voice to wind in an out like a disintegrating reel. Cinematic isn’t an empty descriptor here, as the widescreen synthesizers of a track like “Suckers Shangri-La” call to mind soundtrackers like Vangelis and Angelo Badalamenti. The snaking guitars and sumptuous vocals of “Ondine” are reminiscent of ’80s Stevie Nicks-led Fleetwood Mac songs, with well-cultivated adult-contemporary touches. First single “To Die in L.A.” is an easy highlight, bouncing on a Flashdance-style percolating synth riff while Hunter sings in a romantic croon, as though illustrating the quiet desperation bubbling underneath a jazzercise class, and peels into one of Lower Dens’ best anti-choruses yet. Those who miss the band’s more languid tracks will still find plenty to dig into in the album’s middle tracks, like the fluttering “Your Heart Still Beating” and darkly jazzy ballad “I Am the Earth.” And it’s hard to deny how great they are at re-creating The Cure’s dreamy vibes on tracks like elastic post-punker “Société Anonyme.” It might seem an obvious choice for Lower Dens to have gone the new-wave route, but they end up being so incredibly adept at navigating well-worn terrain that it doesn’t really matter. Escape From Evil is easily Lower Dens’ most fun album, yet they haven’t lost the nuance that made them so captivating in the first place.