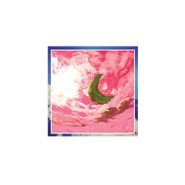 Somewhere in the English musical genome between blog rock (think Klaxons), '80s synthpop (OMD) and pastoral, prog-era spaciness (Robert Wyatt) lies the DNA blueprint for Django Django. The former Mercury Prize-nominees have focused their eclectic, omnivorous sonic appetites on Marble Skies, as they attempt their most ambitious goal yet: a genuine pop hit. “In Your Beat” and “Surface To Air” are undeniably the band’s most accessible songs to date; the former a genuine dance floor pleaser and the later experimenting with modern Latin pop stylings. Fear not, however, that Django Django have lost any of their music nerd proclivities. This is still a band who are unafraid of drenching everything in dub echo and whose poppiest hooks still resemble melodies the Meat Puppets could have whistled.