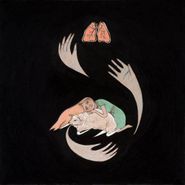 Another Canadian album that I was obsessed with this year. I still don't like the term Witch House for this genre. But this band sort of fits in there with Grimes. I think of this album as a combination of Fever Ray and Heavenly. They are dark and electronic but also a bit Twee with the vocals. It is dark and dreamy and sort of adorable at the same time.

To say Purity Ring’s debut record has been anticipated would be an understatement. Anything signed to the 4AD label generates drool from indie music fans, let alone bands who tease brilliantly formed singles with Cocteau Twins-ish poetic gibberish titles like “Belispeak” and a sound that calls to mind the skewed electro-pop of fellow recent 4AD signee Grimes and the menacing witch house sound of bands like Salem and Unison. Though a newish genre, witch house wants for personality, and it has gotten it in the form of Purity Ring, whose Megan James offers clear, girlishly breathy vocals over Corin Roddick’s paranormal beatwork. Even through murky sounds, the duo knows how to write songs that would sound great even out of context. James sings creepy, culty lyrics that like “Dust off my necklace, familiar…to the culminated piles of bones” in “Ungirthed” — their zombie apocalypse quality may seem over the top, but it gives the song its necessary character and are pretty fun, coolness be damned. Shrines reaches its peak on “Grandloves,” maybe the most convincing combination yet of house beats, hip-hop delivery, courtesy of Young Magic, and shoegaze sonics that help define the nebulous genre Purity Ring occupies. Every time Shrines seems to settle, its brilliant pacing picks it up, like the way “Belispeak’s” horror-movie pop beats cut through the din in the album’s final quarter. It’s a highly successful debut record that promises Purity Ring, and seemingly silly genres like witch house, are nothing to dismiss.