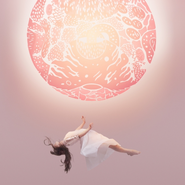 Canadian electronic duo Purity Ring push their dreamy sound outward on their second album, dialing up the hooks and production value for a more straightforward pop release. Songs like “push pull” sound cleaner than the booming tracks of their debut, Shrines, yet they’re still percussively fascinating, possessing the same kind of odd time meters, space and layered percussive noise that make FKA Twigs such a hit. Megan James’ vocals move further from ethereal to real, particularly on “begin again,” a bass-heavy ode to breaking up and making up. James lyrics aren’t the kind you parse for concrete detail—dream-R&B ballad “repetition” has lines that make your head spin, like “watchin’ me is like watching a fire take your eyes from you.” But it’s all part of the mesmerizing spell Purity Ring are so adept at casting, utilizing Cocteau Twins-style wordplay and vocal manipulation to seemingly set off digital sirens and synths that shoot like fireworks on “heartsight.” Other than the goth-tinged “dust hymn,” they’ve mostly ditched the witch house thing to dig into a more all-embracing sound. Despite its title, another eternity almost ends too soon, proving that adage that it’s better to leave fans wanting more. It’s a confident sophomore effort that plays up to the band’s melodic and percussive strengths while remaining just elusive enough to keep us as intrigued as ever.