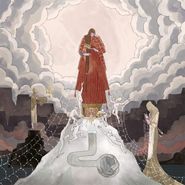 Social distancing may be the M.O. of 2020 (and beyond?), but Purity Ring are as well-equipped as anyone to deal with it. After all, the electronic duo’s songwriting process evolved out of emailing files to each other over thousands of miles away, with Corin Roddick handling production duties and Megan James writing and recording the lyrics. For the group who once dubbed themselves as “future pop,” their third album arrives in the most dystopic of circumstances -- a milieu that would seem fittingly soundtracked by Purity Ring’s otherworldly, clashing textures. Yet Womb finds the duo bringing their sound back down to earth a bit. Songs such as “peacefall” and “stardew” are almost straightforward electro pop, the latter especially sounding like a dancefloor favorite that was specifically designed to mellow a whole crowd of revelers peaking on MDMA. If the sounds are unfamiliarly warm and welcoming, the lyrics still delve into the same eerie, often bloody imagery that James has made her calling card, delivered with the same cooing voice to lullaby effect. No matter how sweet and inviting these hooks may be, a sense of digital abstraction pervades the emotion behind Womb. Pop music for a brave new world.