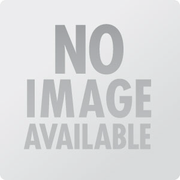 Betty Davis, who is known for her outsized life, fashion, and music in the 1970s, changed the landscape for female artists in America. She shattered taboos, resisting what was considered “respectable” for women by the record industry and society at large, insisting on complete control of her image and recordings, as well as in her turbulent marriage to Miles Davis. At the height of her fame in the early 1980s, she mysteriously disappeared from public life. In late 2012, after intensive research, the filmmakers discovered Betty Davis living a private life alone in Pittsburgh. Director Phil Cox and his team spent four years with Betty Davis to bring the story of her life to the screen and, for the first time, she reveals why she chose to cut herself off from everyone in her past and vanish from the limelight for three decades.

Genre: Rock
Anna Nalick's new album of covers is a varied collection of songs that shows off the sweet tone of her voice. She excels in singing bittersweet old folk songs like “As Time Draws Near” (more frequently known as “The Blackest Crow,” the title of the record) and “My Rough and Rowdy Ways” from Jimmie Rodgers. Also present are standards like The Kinks' “Waterloo Sunset” and a silky version of “As Time Goes By, each track referencing the passing of time in its own way to give the album a theme. Read more
Staff:
Amoebite Amoebite

Legendary actor Joe Pesci hasn’t released an album since 1998’s comedic collection Vincent LaGuardia Gambini Sings Just for You. (Yes, it was based on My Cousin Vinny.) So, for many listeners, it may come as a shock that Pesci’s both well-versed in jazz and an incredibly talented, natural performer. Often when a celebrity crosses over into another art form, fans think it’s all a bit silly but take it from us, this is not the case for Pesci, who, as it turns out, was a lounge singer before his film career kicked off. On ...Still Singing, Pesci seems very at home in the atmospheric, sophisticated world of jazz and lounge, his voice floating effortlessly above top-notch orchestrations. Maroon 5’s Adam Levine, trumpeter Arturo Sandoval, and the inimitable Jimmy Scott all contributed to Pesci’s latest. Smart, urbane, and very cool, fans of classic jazz will find much to celebrate here.

Jimi Hendrix kinda had a knack for playing live, didn’t he? If the triumvirate of legendary Hendrix performances inarguably begins with Woodstock and Monterey Pop, 1970’s Band Of Gypsys might have a solid claim to being his third most important and indispensable live recording. After his original group The Jimi Hendrix Experience had disbanded, the songwriter and guitar legend spent the whole of 1969 both trying to expand his sound beyond the confines and limits of a power trio as well as satiate record company pressure to follow up the immense success of 1968’s Electric Ladyland. On both New Year’s Eve 1969 and the following New Year’s Day, Hendrix took the stage at Fillmore East with his current lineup, a group based out of the wreckage of the short lived “Gypsy Sun and Rainbows” (aka the Woodstock band) and featuring Billy Cox on bass and Buddy Miles on drums, ironically settling his quest for new sounds with the solidification of another power trio. Six songs were culled from the four performances and released as the eponymous live record, most notably the legendary performance of “Machine Gun.” Now, for the first time, the entire four performances have been made available as Songs For Groovy Children: The Fillmore East Concerts. With the original recordings assembled in sequential order and mixed and restored to the greatest fidelity possible, The Fillmore East Concerts paint the full picture of Hendrix’s exciting live show at the time, reinventing his old Experience favorites alongside his exciting new explorations in melding funk, rock, and psychedelia.

Heavy metal is steeped in iconography, with larger-than-life imagery and album covers a natural pair to the glorious, conquering sounds within. Throughout all of metaldom, there’s none more iconic than Iron Maiden’s signature “Eddie,” the withered ghoul that graces everything the band touches; essentially an action figure for the group, constantly camouflaging to suit the band’s sound and substance. After a dull stretch in the 1990s in which Iron Maiden fell victim to a grunge-induced market crisis, the exact same that befell nearly every major ‘80s metal band, the group got back on track in the new millennium. Reuniting with operatic belter Bruce Dickinson, Iron Maiden released Brave New World and Dance Of Death, lifting the band out of its sonic murk and bringing back the galloping bravado that made the group so exciting in the first place. It wasn’t until 2006’s A Matter Of Life And Death, however, that they truly seemed to reembrace that essential part of Maiden’s identity that even just 10 years prior might had seemed too passé to celebrate. On an illustrated album cover that harkens back to those of Iron Maiden’s ‘80s classics, Eddie is everywhere to be found: atop of tank in the middle of a battlefield fantasy, his likeness gracing battle flags and helmets galore. There’s no way to construe it as anything other than a statement of purpose, and the music itself is just as uncompromising. A Matter Of Life And Death is one of the proggiest and knottiest Maiden albums since Seventh Son Of A Seventh Son, as its complex arrangements, epic length, and byzantine song construction will attest to. In fact, it’s almost as if the nearly 20 year gap between the two albums never happened, with the band as emboldened as they’ve ever been, touring with 3 lead guitarists and gleefully expounding on their triumphant prog metal, excess be damned. Life And Death might be the moment, at least on record, where Iron Maiden fully realized that they are and always will be Iron Maiden, an institution; a brand. Free to traverse any flight of fancy, they’ve never looked back, and just like the band themselves, Eddie is here to stay.

Scary Stories To Tell In The Dark [OST] (CD)

The Scary Stories to Tell in the Dark soundtrack is, as you’d expect, atmospheric and creepy as hell. The score features the composing talents of Marco Beltrami (The Hurt Locker, Hellboy, Scream) and Anna Drubich (Anna Karenina). Its power to transform any moment into a moody jolt of existential horror is its greatest gift. Donovan’s “Season of the Witch” offers an ominous sense of familiarity through its now-classic, disarmingly catchy organ melody. Evocative, eerie, and heart-pounding.

When Harry Nilsson departed this mortal coil in 1994, he was at work on his first album of new material in fifteen years. Now, twenty-five years later, that album is finally seeing the light of day as Losst and Founnd. This is soon-to-be classic Nilsson material, with the spotlight on his unparalleled gift for songcraft and his immensely likable voice and lyrics. The album features nine all new Nilsson tracks plus covers of work by Yoko Ono and Jimmy Webb. Paying tribute to the late, great Mr. Nilsson on this album are Van Dyke Parks, Jim Keltner, Jimmy Webb, and Nilsson’s son, Kiefo. Essential listening.

Danny Brown’s work on uknowhatimsayin¿ sounds so close to a weirdo version of a record from rap’s golden age that it’s no surprise Q-Tip executive produced it. Which isn’t to say that Brown’s getting derivative; no, this is an instance of game recognizes game. Brown simultaneously sounds smart as hell and as unhinged as a loose cannon — it’s a tightrope act to be sure but considering that Brown never makes a false move, it’s an experience that’s easy to take pleasure in. Expect the unexpected on this gritty, spaced out, boundary-pushing album.

Thanks For The Dance (CD)

Leonard Cohen offers fans one final, extraordinary gift on the posthumous album Thanks for the Dance. It features nine new tracks, with much of the music written and produced by his son, Adam Cohen, guitar by Javier Mas, piano by Daniel Lanois, and the vocal talents of Feist, Beck, Damien Rice, and a slew of indie world stars. Despite this high-powered galaxy of a collaborators, the arrangements are understated and lyrical, with Cohen’s devastating-as-ever lyrics the real centerpiece of the album. As his gravelly, world-weary voice meditates on sex, death, politics, and spirituality, it becomes clear that each moment of the album is a treasure, as is life itself, as is however many years you personally spent on the same earth as the inimitable Mr. Cohen.