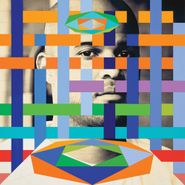 Homeboy Sandman’s second LP for Stones Throw should hopefully take the Queens-born rapper’s detailed, honest accounts to an even wider audience. Tracks like “Problems” offer funny, poignant lyrics that touch on both everyday and serious concerns, from STDs to cigarette smoke hanging on a sweatshirt. “I’m surrounded by hipsters; what does that say about me?” he asks funnily while contemplating his relationship to independent film over music that sounds like glasses clanging against each other in a smokey jazz club. On “America, the Beautiful,” Sandman offers a heartfelt (but not heavy handed) pep talk for feeling nationalistic, describing the random, perhaps overlooked things that make our nation relatively safe and livable by international standards, from the post office to child labor laws, saying “the streets aren’t paved with gold, but at least they’re paved” and “we are the 99% locally, we are the 1% globally.” It speaks to Sandman’s ability to say what’s on his mind without succumbing to pressure to appear harder or angrier than he really is. Production-wise, Hallways is a smorgasbord of great underground producers and showcase for Stones Throw labelmates like Jonwayne, who produces standout “America, the Beautiful” and also creates a moving landscape for “Refugee,” while longtime collaborators 2 Hungry Bros go heavy on the bass for “Loads” (featuring Blu) and Oh No set out a great, trippy landscape on “Heaven Too.” Homeboy Sandman’s ability to be really real may not be for everyone as some tracks may feel frivolous, but it feels like a nice counterpoint to the more self-serious underground stuff. Those who appreciate honestly and true personality in hip-hop storytelling should flock to the engaging Hallways.