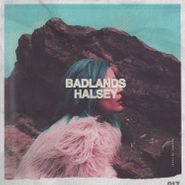 It takes a certain amount of cajones to make your debut album a concept album. Especially when your concept album is tackling loneliness in a coat of neo-retro futuristic paint. Slowly rising up the ranks, Halsey initially started as an ultra-talented fourteen year-old with tons of followers on MySpace. But proving she was no minor internet-based sensation, Halsey had to make sure her music was to be heard. Now at twenty, Badlands needs to be heard for the pop bliss it is. Showstopper "New Americana" is the perfect anthem for the Instagram generation. Don't be surprised if you hear the name Halsey pop-up between names like Lana Del Rey and Rihanna.