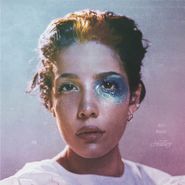 Since her 2015 debut, Halsey has spent much of her career thus far making alt-R&B and electropop anthems rife with an existential moodiness akin to something like HBO’s Euphoria; a glamorous and glossy ode to youthful dysfunction. On Manic, her third studio album, she fully embraces the Gen-Z statesman role like never before, leaving the overtly synth-hued tone of her previous records for a dizzying combination of sounds. It’s a post-Lil Nas X world that we’re living in, and Halsey grasps this as astutely as any 21st century pop artist, working in country, folk, and twee-pop influences alongside more familiar electronic and hip-hop textures. Hell, even Suga of global K-Pop sensation BTS makes a prominent appearance. Yet Manic never seems to be genre-hopping for sake of it, and aside from mega-hit “Without Me,” much of the album is less interested in dance floor-ready angst as it is exploring traditional singer-songwriter balladry. “Finally // beautiful stranger” makes no secret of its infatuations, evoking Sheryl Crow filtered through Mazzy Star. “Graveyard” and “You should be sad” both incorporate the plucked guitars of country-pop, with the latter song closely approaching the genre’s signature twang. Yet both tunes would have quite a hard time sliding into a radio rotation between Luke Bryon, Luke Combs, and any other Luke, as they are deeply personal odes to bad times produced with a narcotized sheen that forgoes any sense of levity. From someone ostensibly labeled a pop-star, Halsey’s Manic is neither upbeat nor particularly happy, but it finds great success in catharsis.