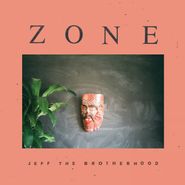 Armed with only a guitar and a drum set, brothers Jake and Jamin Orrall have been making grimey, heavy, stoned-out-of-their-gourd rock that's a solid blast of power for over ten years. Following Heavy Days (2009) and The Champions (2011), Zone is the final part in a spiritual trilogy that is as close to a sonic exorcism as it gets. Taking cues from sludgy metal, Weezer, and west coast garage rock, their guitar freak-outs jump around styles and sound, usually erupting in some sort of insane solo that's guaranteed to melt faces. The dark, introspective mood of the album comes hard with the titular "Zone." When the Orrall brothers say "I'm too fucking stoned to know the difference between a good time and staying home," there's this self-criticizing anger that comes with rock music and staying young for as long as you can. With a melody that resembles more of a dirge than pop, it's rough stuff. "Punishment" is a brooding, but more upbeat powerhouse that feels like it could obliterate at any second. As the Motorhead-ish rhythm builds up, the song slips into a hazy guitar solo that envelops the entire track into weird, drug visions. "Bad" is like a lost Rivers Cuomo song. This kind of nostalgic gaze at being a loser teen and maybe never getting over it is balanced beautifully against fuzzy guitars that short-circuit into sensitive solos. When you're feeling down and need something to just lay over you, Zone's moodiness hits hard. Roll up a joint and get sucked in.