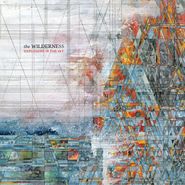 It’s been five years since post-rock greats Explosions in the Sky released an album. But their stature seems to be as high as ever, given that their music is continually used in film, TV and video game soundtracks — most famously in “Friday Night Lights.” Their music has only become more streamlined — and ultimately more potent — on their latest release. Listen as they cram a whole lot of epic into four minutes on “Disintegration Anxiety,” as guitar washes sigh over a pulsating, lively groove. Or, on the other hand, how “Logic of a Dream” moves from quiet splendor into rumbling waves of noise take over and send shivers down your spine. On The Wilderness, Explosions in the Sky remain utterly capable of creating sounds that leave you in awe, both beautiful and foreboding.