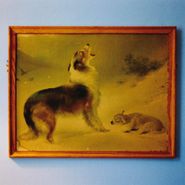 Never before available outside of a limited mail-order only release, Explosion's In The Sky's The Rescue was seemingly recorded more as an experiment than an album. Only allowing one day for each song to be composed, recorded and mixed, this 8-song album differs from the Texas instrumental post-rock quartet's more known work in its looseness, but still captures the group's trademark emotional resonance. This long sought-after vinyl release comes with a heavyweight insert telling the story of the album's creation, all housed in a full color jacket.