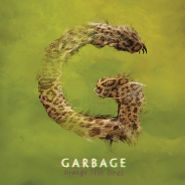 Garbage’s Strange Little Birds, the veteran '90s rockers sixth studio album and first in four years, is a dark, moody, and romantic return to the sound of their 1995 self-titled debut. Released on the band’s own label STUNVOLUME, the songs seem unimpeded by label expectations and marketing considerations. Cinematic electro washes and minimal synth shifts mix with high-'90s guitar rock, providing a landscape for singer Shirley Manson’s unprocessed vocals. Garbage has managed to at once scale back their production but keep things slick, possibly one of the most admirable hallmarks of the post-grunge ‘90s sound.