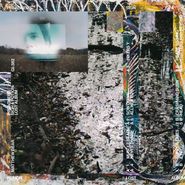 Before electronic artist Matthew Dear released 2010’s acclaimed Black City, he recorded a more guitar-driven set of songs that was eventually shelved in lieu of the aforementioned album. Now fans can hear that minor departure from Dear’s familiar sound on this new release, Preacher’s Sigh & Potion: Lost Album. The album sets lightly folky elements to the looping tradition of electronic music, creating circular, hypnotic tracks like the twangy opener “Muscle Beach.” “Hikers Y” has a touch of the blues in its moody repetition and the vocal melody in “Gutters and Beyond” have a folk song rhythm.