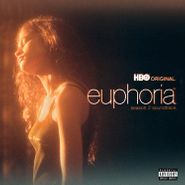 It's no surprise that one of the most buzzed-about TV series of the last couple of years also has one of the dopest soundtracks. Euphoria: Season 2 charts all the high-highs and low-lows of the teenaged protagonists in their Instagram-filter-on-acid world, with tracks pulled from all around the musical galaxy. Zendaya sings on a couple of tracks; she has a lovely voice that's well-suited for the world-weary, haunted tone of the soundtrack. Labrinth, the show's composer/producer, has a number of evocative tracks, as expected, and there are favorites from Orville Peck, Lana Del Rey, INXS, and Tove Lo, as well. A soundtrack this good is always a thrill, and Euphoria, as expected, delivers.