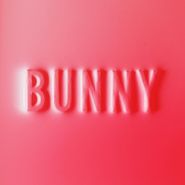 It’s been far too long since we’ve had an album from Matthew Dear (apart from his Audion alias). The man behind such modern classics of retro-futuristic avant-electro nightscapes as Black City returns with his first album in six years, and it’s every bit as inscrutable yet endlessly intriguing as his previous work. Beginning playfully with a track called “Bunny’s Dream,” Dear invites us into a crisp, bubbly soundbath not unlike one of The Flaming Lips’ more ethereal moments. From there, Dear’s deep, gravelly voice takes us through cold, creepy soul (“Calling”), heat-soaked trip hop (“Can You Rush Them”), chilly Berlin-era Bowie territory (“Modafinil Blues”), and unexpectedly tender electro-pop (“Horses,” featuring Tegan & Sara). While Bunny moves according to its own internal logic, Dear’s songs are full of open-arm moments in which he invites you into spaces that only seem inhospitable on the outside. You might end up in a middle-of-the-night robot rave (“Moving Man”) or a no wave revival (“Electricity”) or back in the sweet embrace of Tegan & Sara’s beguiling twin vocals (the irresistible pop song “Bad Ones”). As always, with Dear at the helm, it’s a pleasure to fall down the rabbit hole.