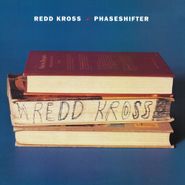 After some 40 years as an influential force in punk rock, brothers Jeff and Steve McDonald of Redd Kross partner with Third Man Records for a 180 Gram Vinyl reissue of 1993’s Phaseshifter. Redd Kross serves their trademark robust melodies and dreamy harmonies on a platter of psychedelic bubblegum punk metal. The brothers are joined by drummer Brian Reitzell, guitarist Eddie Kurdziel, and keyboardist Gene Fennelly. Every track is a gem, with standouts like “Crazy World,” “Dumb Angel,” “Pay For Love,” and “After School Special.”