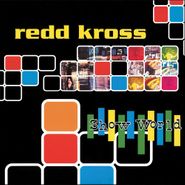 Legendary punk outfit Redd Kross teams up with Third Man Records for a 180 Gram Vinyl reissue of 1997’s Show World. For the follow-up to their 1993 album Phaseshifter, brothers Jeff and Steve McDonald of Redd Kross returned with the same line-up (drummer Brian Reitzell, guitarist Eddie Kurdziel, and keyboardist Gene Fennelly) and their amps turned up. The album starts off with a spot-on cover of L.A. power pop group The Quick’s “Pretty Please Me,” which sets the tone for yet another classic album by the thinking person’s punk rock band. Like all Red Kross albums before and since, this one is all killer, no filler.