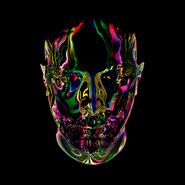 It took 16 years of being signed to major dance labels and 10 years of studio work, but now Eric Prydz' appropriately named debut, Opus, is here to get us all moving with a 2-CD (!), nineteen track album of frantic nonstop beats. Blending progressive house with Giorgio Moroder crystalline percussion and a dash of Mega Man 8-bit chiptune on the NES, Eric Prydz takes odd directions and strange routes other DJs don't risk. Opener "Liam" feels like a polished take on some of the best Trax releases by Frankie Knuckles as the low-budget Casio drum machines tick against synth loops that pulsate and prepare you for the high-speed feeling of Opus. "Black Dyce" feels like the missing soundtrack of a long-forgotten action film from the '80s by Cannon Film with electro-disco and Italo-disco influences. But the second, moodier disc is more ambient and spacious. The hazy electronic ether that opens tracks like "Generate" or "Every Day" almost don't prepare you for the explosion of addictive and very nostalgic sounds that feel like the '80s maybe never ended. With a brilliant first album, hopefully we don't have to wait another ten years for the next Eric Prydz experience.