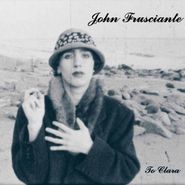 That indecipherable title is a proper inkling into the cryptic atmosphere of the former Red Hot Chili Peppers guitarist’s first solo album, originally released back in 1994. Recorded exclusively to 4-track in two separate intervals, Niandre LaDes collects material from Frusciante during the making of RHCP’s blockbuster Blood Sugar Sex Magik, while Usually Just a T-shirt was created at tail end of Blood Sugar’s subsequent tour and the time leading up to Frusciante’s initial exit from the band. A primitive, lo-fi affair throughout, these recordings are unavoidably linked to the circumstances of its creation. At this point, Frusciante was mired in multiple drug addictions, with no hope or desire for sobriety, producing music solely for himself in a filthy Hollywood Hills mansion and only releasing it at the insistence of famous friends like Johnny Depp. The resulting Niandra is some deeply cracked indie rock: largely acoustic guitar driven, void of any bass or drums, and given to impressionistic electric guitar noodling as well as a liberal use of lo-fi sound effects and experimentation. Frusciante’s voice wails and moans over the fray, singing incomprehensible lyrics that approach the desperate musings of a mad man. There are certain cuts on this album which sound as if he’s attempting to play two different songs at once. The closest sonic parallel that could be drawn might be early Sebadoh, minus their smart-ass sense of humor and a whole lot more bad vibes. Released for the first time on vinyl by Superior Viaduct, Niandra LaDes and Usually Just a T-Shirt is a both a harrowing journey into a bruised psyche as well as a frequently brilliant piece of art for the adventurous listener. Don’t arrive expecting sunshine though, there’s no Dani California to be found here.