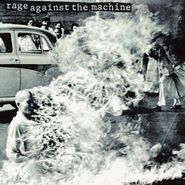 Rage Against the Machine’s first and best album gets the remaster treatment in a variety of formats. The single-disc version includes the remastered 1992 album, which has never sounded better or clearer. Fans will thrill at the sound of the drum hits and Tom Morello’s guitar scratches at the beginning of “Take the Power Back,” or how “Bombtrack” comes in more ferociously than ever. The disc also includes three live tracks, including a version of “Bombtrack” in which Zach de la Rocha talks about Leonard Peltier, the jailed Native American activist whose sentencing over the murder of two FBI agents is mired in controversy. The disc does a fine job of portraying Rage at the height of their early power, both musically and politically. The disc of demos included in the bigger editions has crisper, rawer versions of the songs that would eventually make up the band’s debut, culled from a demo tape the band sold at shows in 1991. The DVD included in the special edition includes three music videos and live video, while the deluxe box set also includes an LP version of the album and another DVD of a free concert the band played in Finsbury Park in June 2010, plus new liner notes by Chuck D, a 40-page booklet and a two-sided poster.