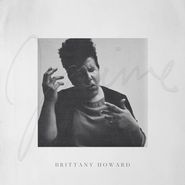 Alabama Shakes singer/guitarist Brittany Howard shines brighter than ever on her debut solo album, Jaime. It's a brave, bold, beautiful work from Howard, who named the album after her late sister, who taught her to play piano and encouraged her to write poetry. This is as vulnerable and honest as we've seen the talented Ms. Howard; there are bangers here, but there are also introspective moments of anger, hope, and love. With assistance from Robert Glasper, fellow Alabama Shakes member Zac Cockrell, and drummer Nate Smith, this is essential listening for fans of smart, rootsy R&B.