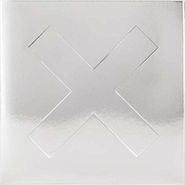 Oliver Sim and Romy Madley Croft’s vocals, weaving in and out of each other as beautifully as ever, are pushed to the foreground this time; the instrumentation meanwhile, leans more toward producer jamie xx’s trademark blue-eyed synthy funk than the guitar-driven dream pop the group is commonly known for.

The xx expand on their characteristic minimal cool on I See You. Their intimate, vulnerable lyrics and shimmering sound are still there, but these traits have been given an infusion of warmth and color with the introduction of some dancier elements, smart samples, and lush soundscapes. It's a welcome evolution. The album is a gem -- multi-faceted and vivid, revealing more of itself with every spin.