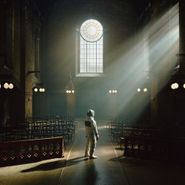 British metalcore band Architects grieved for their late guitarist Tom Searle on the dramatic Holy Hell, and now they persevere with new album For Those That Wish To Exist. But the new record still deals with heavy issues, particularly climate change and environmental disaster. The furious “Black Lungs” offers overt lyrics on the subject, and justified anger: “When will we wrestle the world from the fools and their gold and their fucking covenant?” The cinematic “Meteor” seems to despair over both the destruction of the planet and political turmoil. This is a cathartic album for raging against the multiple issues we face in 2021.