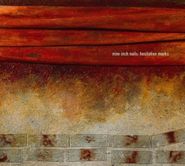 Who knew? After years of descending further and further into blacker, more somber, angstier noisescapes, then a wildly successful gig composing film scores, alternative rock god Trent Reznor is back with...a whole album of catchy funtime electropop! I guess rehab, fatherhood and success have lightened his mood a little. Whatever the reason, these are some seriously blippy, danceable tunes that would make any of his '80s forebears, from Numan to Depeche Mode to the Human League, proud. Not what I was expecting. It's still unmistakeably Nine Inch Nails, from the snarling, intense lyrics to the forward-sounding aurual creativity. But it IS nice to hear him put his aggressive sonic attack to work on some peppy retro-'80s new wave bubblegum. For the kids who wanna rule the dancefloor, you know. Head like a hole anyone?