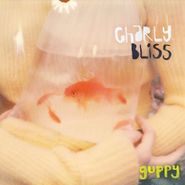 Guppy is the debut LP from Charley Bliss, a scrappy Brooklyn-based power pop quartet that has been toiling the touring circuit for the past few years. Contrasted with the moodiness of their city’s current indie scene, Guppy is a blast of pure sugar; an unabashed record of loud, distorted guitars and gleeful pop hooks propelled by the impossibly childlike vocals of Eva Hendricks. While the exterior of this sound might reflect a sense unbridled joy, Hendricks’ lyrics deal in a warts and all approach to songwriting, where self-effacing quips, intimate admissions, and insecurities abound, backed by a band playing with an over-caffeinated sense of urgency. Sonically, comparisons to The Breeders and Veruca Salt (whom they’ve toured with) are appropriate, with some of those synths that occasionally tinged Weezer and Superchunk songs thrown in for good measure. Even that album art looks like it could exist lining a CD display at Sam Goody circa ‘95. However, this is no mere retread into past. Charly Bliss are taking the sounds of their youth and updating the template for the present, much like the previous generation of power poppers did to Beatles and Byrds records in the late '70s and '80s. But that might be over thinking it a step, as bassist Dan Shure has a more succinct way of describing the vibe of this record: “These are songs you play really loudly when you need to freak out.”