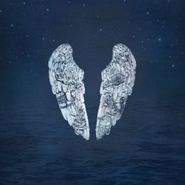 Coldplay said they wanted to recapture some of the magic of their early albums on their sixth, Ghost Stories, and while it retains some of the electronic experimentation of their more recent releases, that’s exactly what they’ve done. After a languid opener, the band offers “Magic,” their best single in years, built upon a light groove that allows Chris Martin’s warm voice to ease on some of the theatrics, which are more favorable to his modest lyrics—“Call it magic, when I’m with you” sounds better as a whisper than a scream. It’s hard not to hear Ghost Stories as an album about “consciously uncoupling,” and Martin himself has intimated the album is about his breakup with Gwyneth Paltrow, albeit in the “concept album” format. As such, we get some emo lyrics on “Ink” (“Carvin’ your name with a pocket knife … got a tattoo and the pain’s all right/just one more way of keeping you in sight”). But befitting of a breakup album, the music’s also gorgeous and lilting, referencing Coldplay’s most tasteful influences (Talk Talk, Radiohead’s Kid A). “True Love” has an absolutely elegant arrangement and sultry guitar work, with simple lyrics that work (“Tell me you love me, if not, then lie to me,” Martin repeats). Martin’s digitized voice sounds lonely and far out on “Midnight,” a sort of “In the Air Tonight”-inspired single that also ranks among Coldplay’s best. And acoustic ballad “Oceans” brings to mind the Coldplay of their first album, of smaller songs like “Sparks.” Of course, Coldplay at this point can’t do all small, and whatever you think of their big, Avicii-featuring radio single “A Sky Full of Stars,” you can’t deny it sounds better in context and helps bring up the energy near the end of the album. Taken together, Ghost Stories works because its yearning and heartache is just slightly out of focus—it doesn’t feel like wallowing, but rather waking up alone and trying to make sense of things. In this, it feels more realistic than most breakup albums, and its narrower focus makes it the most affecting thing the band has done in quite some time. Anyone who jumped off the Coldplay wagon after A Rush of Blood to the Head might want to climb back on for Ghost Stories.