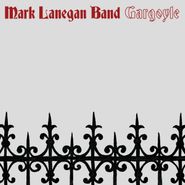 Mark Lanegan is one of those musicians who seems to have been involved with so many projects, but is always just a few inches away from the spotlight himself. He was in the under-appreciated Screaming Trees, collaborated with Kurt Cobain, performed in the Queens of the Stone Age, and recorded three solid albums with Isobel Campbell of Belle and Sebastian. That isn't even mentioning the unreleased material and solo albums. As he's aged, his voice has gotten more gravely and heavier and he sounds closer to an aged blues or folk singer of the past. On Gargoyle, he uses his voice like an instrument of pain in an album that's halfway between psychedelic and industrial. Incorporating synths in a way he never has before, along with some straight out shoegazey endless guitar reverb, Mark Lanegan's latest resembles '80s art rock more than anything. "Beehive" opens up with buzzing (no pun intended) that turns into a '60s guitar riff dipped in toxic waste. His coarse voice comes in and is surprisingly melodic, unlike the worn voices of Captain Beefheart or Tom Waits. For a voice that sounds like it could rip his throat any second, he has a surprising range and harmonic sense over a borderline pop track. "Nocturne" is probably closer to the direction he's been heading in. With a quick, repetitive guitar belting out mostly one note, the synths get stuck in short rhythms that are just as brooding as they are dancey. Mark Lanegan somehow makes an album that's stuck in the forms of the past as they are in modern ideas to create something that gives a dystopian view of '60s pop. It doesn't pay off with catchy melodies, but offers rich textures, careful lyrics, and the right amount of strange experimentation that rock needs.