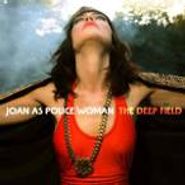 Joan Wasser—a.k.a. Joan as Police Woman—has never been afraid to plumb emotional depths, as her 2009 album To Survive made clear with its Virginia Woolf references. She returns with her third overall studio album with shimmering rays of light to be found everywhere. Her indie-pop/Quirk&B song “The Magic” hits a lot of simultaneous notes in betraying her current headspace, and you can’t but feel a kindred spirit to Xanadu-era Olivia Newton John. Joan doesn’t fall into any real proximities though; she can be euphoric, funereal, soulful and brooding, sometimes in the same song (“I Was Everyone”).