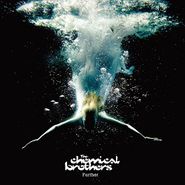 The Chemical Brothers' seventh studio album brought them yet another Grammy nomination and a #3 slot on the Billboard Top Dance/Electronic Albums chart. Interestingly, the album doesn't make use of any star turns in the vocal department. Instead, the band's major collaboration for the album was with filmmakers Adam Smith and Marcus Lyal and actress Romola Garai, who created brief films to accompany each of the album's tracks.