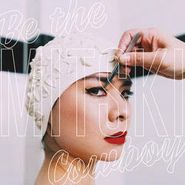 Mitski's Be the Cowboy further establishes her as a name to watch in the world of contemporary indie. Mitski Miyawaki's work has always had the ability to seep into the subconscious and pull at hidden away heartstrings but Be the Cowboy shows the singer/songwriter at her highest powers. Album opener "Geyser" is just that -- those opening chords are beautiful and elegant, then when Mitski's shimmering voice appears, wielding those honey-tinged, razor sharp lyrics, it's a full on force of nature, an eruption of secret emotions. "Nobody" also has that power to stop the listener in their tracks, but this time it's backed up with funky basslines and disco trappings. Is Mitski a genius? This album makes a strong argument for "yes."