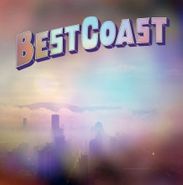 Best Coast's new EP marks a confident start to a new era for the band. Their previous album, The Only Place, featured more mature songwriting as Bethany Cosentino grew more confident in her voice, yet Jon Brion's smooth production didn't always jibe well with Cosentino's rough around the edges approach to confessional pop. The first release on her own label, Jewel City, Fade Away takes back some of the reverb and distortion of her early material but keeps the assurance she displayed on The Only Place. The result plays out as the most refined version of Best Coast yet. Cosentino sounds pissed in opener "This Lonely Morning," a rocker about a dude who won't stick around. "I Wanna Know" is one of her best girl-group jams yet, all desperation buried beneath sunshine and "Be My Baby" drums. Several songs take on quarter-life crises ("Who Have I Become," "Fear of My Identity"), while her heartbreak songs are equally riddled with introspection, as on the great Mazzy Star-ish ballad "Baby I'm Crying." One of Cosentino's best tricks is sneaking existential dilemmas into songs and lyrics that are on the surface straightforward and simple. By the end of the seven-song Fade Away, you're emotionally exhausted, as Cosentino gives it her all throughout. With Fade Away, she's given fans more than just a stopgap release, and one that leaves fans hungry for what's next.