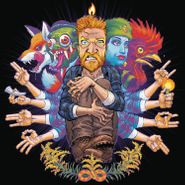 Tyler Childers’ Country Squire has some fearsome country roots: produced by Sturgill Simpson and David Ferguson, it was recorded at the legendary Butcher Shoppe in Nashville. Fans of Childers’ rollicking live act will recognize loads of these songs from his time on the road — and they lose none of that live energy and thrill for their time in the studio. Heartbreak, regret, dusting yourself off to try again: it’s all here in Country Squire, an album that solidifies Childers’ place in the modern roots country pantheon. A future classic that sounds like it came from the golden era of outlaws and backwoods honky-tonks.