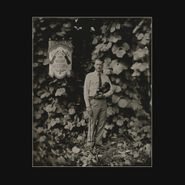 The title track of Tyler Childers' Long Violent History just might give you goosebumps with its powerful appeal to his white rural fans to empathize with the Black Lives Matter movement. With its spoken passages, melancholy folk melody, plaintive strings, and hard-hitting but poetic lyrics, it's an incredibly moving song. It's also a surprise move on this surprise album from the Appalachian country singer/songwriter who doesn't usually address social issues. The album also offers eight fiddle tracks, including the delightfully danceable "Squirrel Hunter" and "Jenny Lynn."