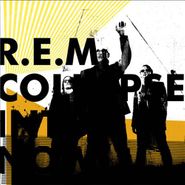 01/29/2020 R.E.M.: Athens' favorite sons...they came, they saw, they conquered. Then they got older, wiser, and more confident. Somewhere along the way, their popularity in America waned, but they remained consistenly brilliant (2001's Reveal and 2004's Around The Sun are NOT the incredible missteps they're notoriously known to be). 2008's Accelerate was a blast of post-punk guitar rock that harkened back to and updated the band's Lifes Rich Pageant and Document albums, and three years later, R.E.M. unleashedCollapse Into Now—the album they could've made in their heyday (it would've fit perfectly between the dated chamber pop of Out Of Time and the bona-fide masterpiece Automatic For The People). From the Eastern-tinged opener "Discoverer," the high-energy "All The Best" and "Alligator_Aviator_Autopilot_Antimatter," and the very-R.E.M. ballads "